The woods looked like satin sheets of green, and the way became more obscure. The gnome had ceased his chanting, but now troubled him with silence. He would only accompany Poxig as far as the river Hedron. Suddenly, Sir Binural erupted in poetic muse:

“It is the river of time’s forgotten pleasures;

A veritable stream of Lethe.

Betwixt the shades of the earth’s bosom.”

Suddenly, Poxig remembered that it was at Hedron that he had parted ways with Lakfi. That meant that he could follow the river North to get out of the woods and back to Eyrrf. But he was no closer to his goal of Marginalia.

Now he was trapped in a forested maze that continued into eternity. His hopes of returning to Marginalia seemed less and less probable. He would have to venture alone into the terrible wood in  order to get the sacred orb to the king.

The forested maze was not a panacea. It was a terrible mass of confusing pathways that led nowhere. But Poxig felt that he could see some sunlight peeking through the trees. He could see some optimism because the river Hedron meant he was halfway to his destination.

“Won’t you lead me through the dark wood?” asked Poxig to Sir Binural.

Poxig thought that he was trapped near the river Hedron, and it might be his only escape route after he parted ways with the elderly gnome. But he remembered the glint of sunlight that would lead him west when the sun set, and he was convinced that he would reach Marginalia unharmed. 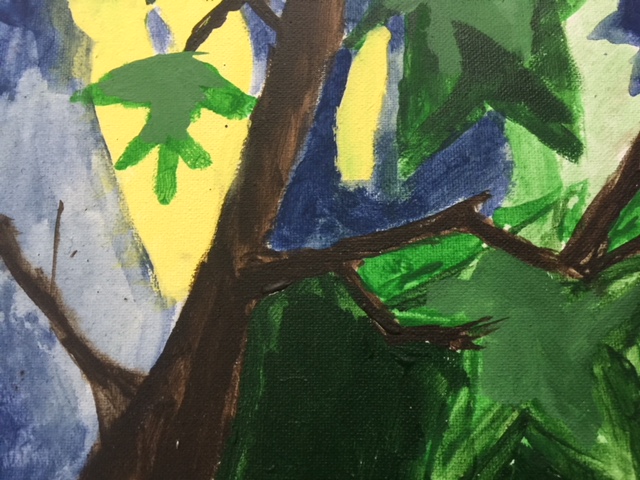 He had been without food for two days in the Gorgola forest. Sir Binural, with all his good intentions, did not lead him out of the woods, but agreed to accompany him to the river’s edge. During the trip, Binural began to chant in Latin.

Poxig had to admit, the gnome was getting on his nerves. The gnome had offered him a scrap of his food, but Poxig could not bear to eat some scarabs that the gnome had caught. He puzzled at the Latin and tried to remember his training in the halls of the great library on Mt. Crump and his teacher Jongleur.

“This loosely translates as  ‘The boy is great,’” Poxig thought. Why was the gnome  insisting that he be childlike? Perhaps this was a test from Releven to prove that he could survive in the most abstemious of conditions.

Here he was, more tired and exhausted from travelling aimlessly than he had ever been. His Latin was failing him amongst a Latin scholar gnome who was starting to irk him to his core.

He would have to gather up his allies (all gone to Marginalia) , and when he returned it would be more humbling work for him, working as a field grunt, far from his glorious goal of returning the orb to the rightful owner.

The possibility of catching a disease got more likely the longer that he was in the forest. Yet, he had to make it back to Marginalia, and take his business to the king. Perhaps his possession of the sacred orb would gain him an audience… 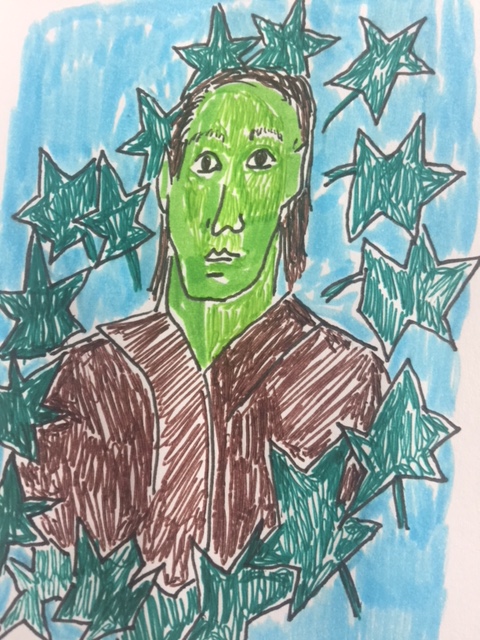