The two neophytes wandered to the foot of the statue outside the great manse. Inside, there was surely the remains of the undead creature. Poxig felt trepidation, but in all honesty, he was glad to have his new friend Lakfi by his side.

“The first rule of black magic is that you must never underestimate the power of the opponent you are facing. The best bet is to overwhelm him with superior force at the beginning, and not give him a chance to retaliate,” said Lakfi.

“That would be fine, but we’re not trying to kill this agent of darkness. We must convince him to come back to his lost love, and so to save his soul. Somewhere in the soul of the vampire, there is Carl Conrad,” said Poxig.

They approached the castle and knocked on the solid oak door. The lion’s head knocker showed them that this man was one of wealth and taste. There was no answer. They knocked a second time, and suddenly, a man dressed in a suit and tie opened the door.

“May I help you?” asked the butler.

“I’m sorry, but the master of the house has been deceased for three years,” said the butler.

“We happen to know that’s not true!” said Lakfi.

“I’m quite certain of it,” the butler said. “but if you’d like to come in and look around, you’re more than welcome to do so.”

Poxig and Lakfi went in. But as soon as Poxig had his back turned looking at an old suit of armor in the foyer, the butler accosted him and tried to bite his neck. Lakfi blasted him into a corner with a rush of fire magic, and knocked him out cold.

“You can’t trust anybody here!” said Lakfi. “They’re all vampires. They aim to kill.”

“I owe you one,” Poxig said. He knew that without Lakfi, he would have surely met his doom.

The two friends ventured into the basement, where there was a sepulchre. In the gloaming, there was a head stone. “Carl Conrad (872-902),” it read.

“So maybe the butler was right!” Poxig said. “But I’m sure that Conrad awakens at night to feast on human blood.”

“Can you be sure that Dr. Unne is telling the truth?” Lakfi questioned. “Perhaps he is not the friend you thought he was.”

Poxig had a small doubt. But then he remembered what his mother Eliana had taught him about dark magic. It was always to see the pessimistic side of things, which eventually led to a spiral of negativity.

“No, let’s search the house. Dusk has almost arrived.”

The two friends went into the manse and searched the corridors. Around the halls were old paintings, sacred manuscripts, and suits of armor. They could not contain their expectation. Someone was keeping up this place, for it had not fallen in disrepair. They knocked on the tower door.

Right in front of them in a fauteuil sat a man who was impeccably dressed. He was sitting by a roaring fire, and smoking a pipe.

“Lane must have let you in,” said the man. “Who do I have the pleasure of meeting this evening?”

“Well, you are speaking to him,” retorted Conrad. 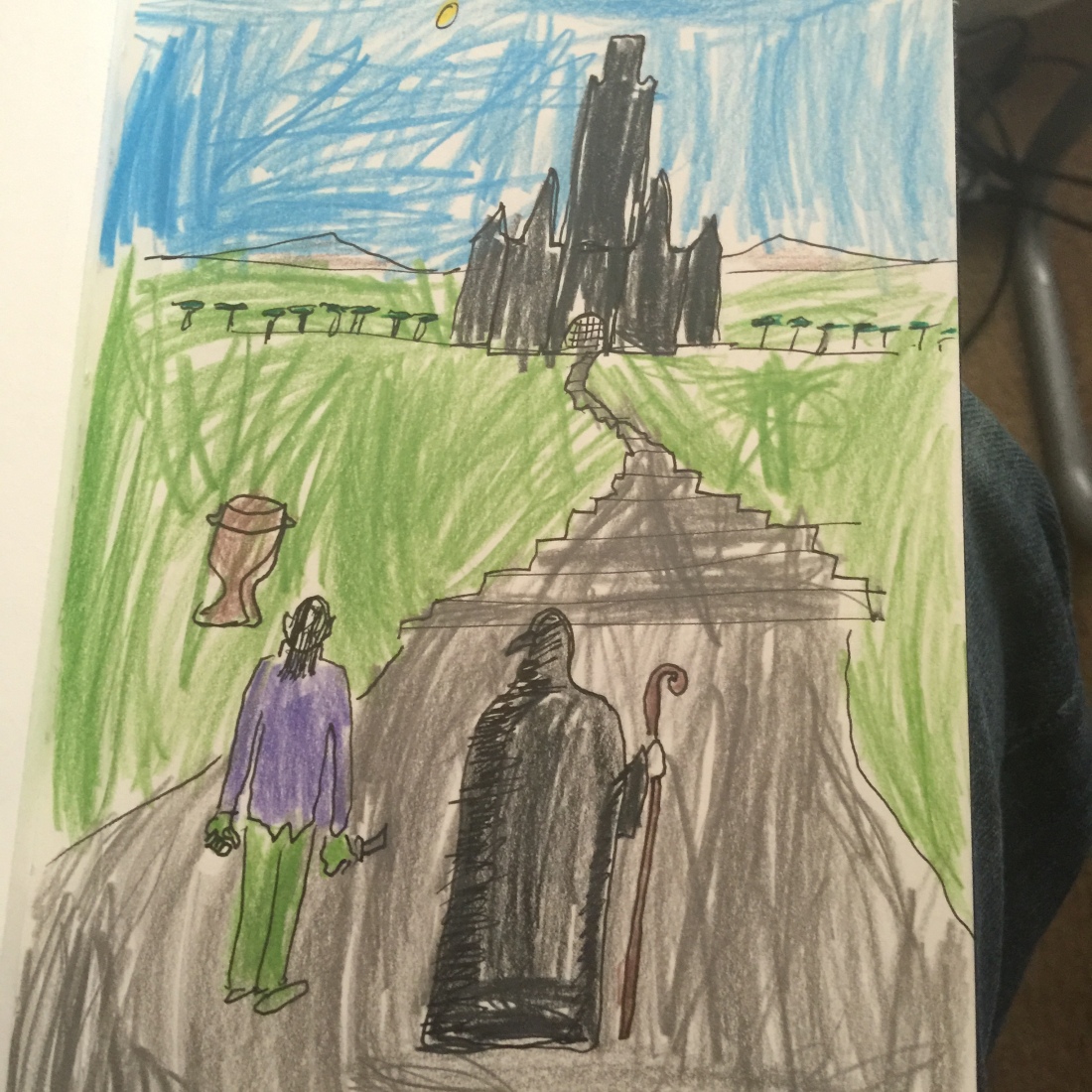